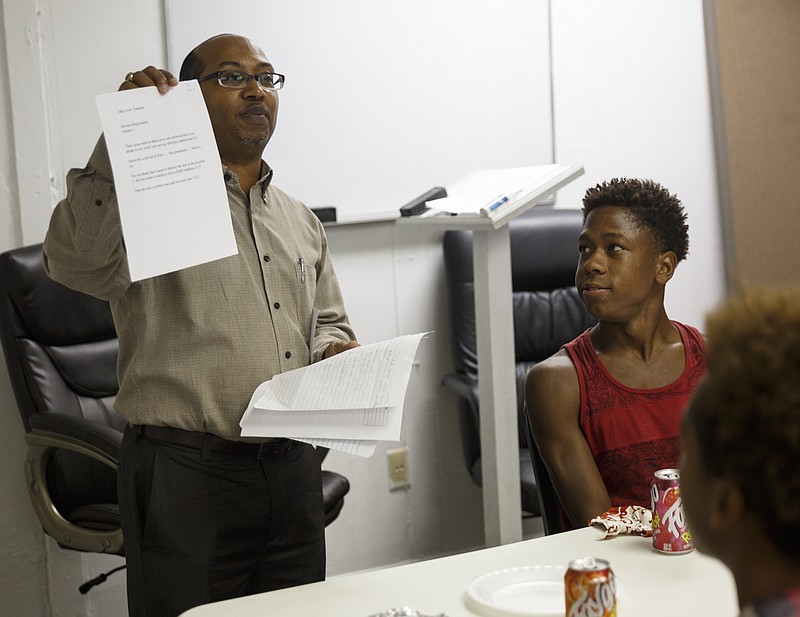 No Front Porch Alliance representatives told Oliver Richmond money was available to fund his summer program. He said they only told him to attend their meeting if he was interested in helping youth.

He was, he went, and he landed funds for a program that enabled him to train five teenage boys he met at the Avondale Recreation Center. He spent the summer teaching them landscaping, surrounding them with male mentors, discussing money management and paying them $100 a week while they learned.

“[No one] waved a carrot out there and said you can get money. [They] just wanted to see if you’re really interested,” said Richmond, who is now interim executive director of the Front Porch Alliance.

“Things are happening,” said Scott Maclellan, alliance board chairman. “If they have a program they can contact Front Porch and ask to be included.”

The organization asks churches and nonprofits seeking funding for summer programs to be present. Backed by the Maclellan Foundation, the alliance has grants ranging from $500 to $10,000 it wants to invest in organizations that invest in youth..

Organizations may also get resources to assist in gang prevention, child evangelism, recreation and money management.

Maclellan said the goal is to keep young people busy so they have no time to get into mischief.

“It enables our staff to engage the young men in after-school programs and create youth sports teams. And we conduct school break camps, fall break, spring break and summer break camps. That enables us to keep the young men engaged from September through July,” he said.

Several families are led by single parents who may not be able to give a child all he needs to reach his potential, said Thompson. The alliance’s goal is to support organizations as they become a support system for youth.

“It makes such a difference when somebody pours into a child’s life,” she said.