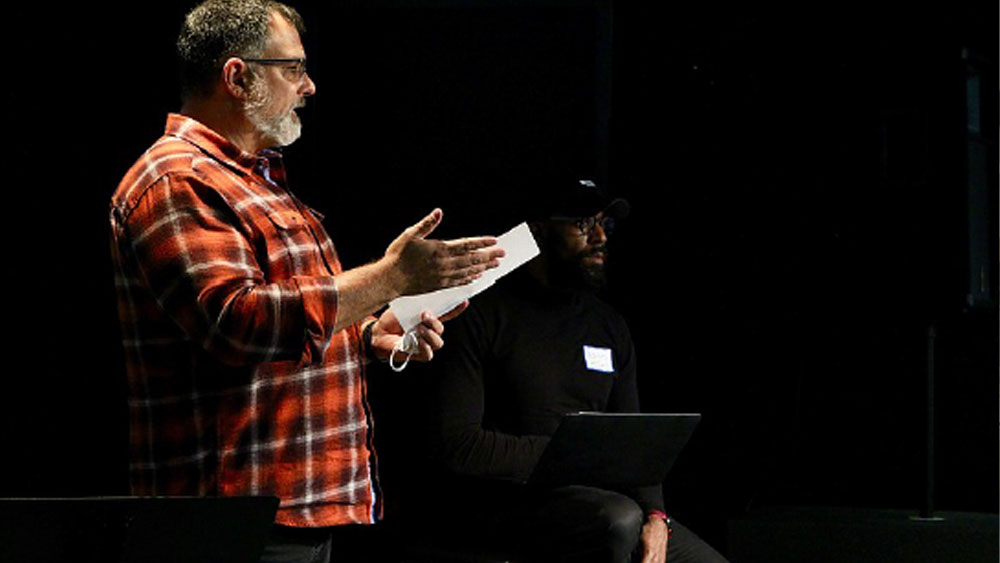 A gathering of Chattanooga area pastors Tuesday night was intended to be the rst conversation for them about issues of racism in the church and community. But, for many involved, the faces present and topics were nothing new.

Around 20 pastors participated in the roundtable discussion at Brainerd Baptist Church, part of an effort by the Governor’s Of ce of Faith Based and Community Initiatives to mobilize local faith communities to build relationships and address racial injustice.

James Lowe, pastor of Bethel World Outreach Church in Brentwood, Tennessee, said the statewide tour presented an opportunity for pastors to get their voices heard in Nashville, as well as meet others in their area dedicated to the issue. Lowe began leading the discussions after the death of George Floyd in May and the nationwide protest movement that lled streets in hundreds of cities, including in Chattanooga.

Now is the time to have hard conversations and work toward solutions, Lowe said. He asked the participants to be vulnerable and listen to people who may have views different than their own.

“My healing did not come just from people who look like me,” Lowe told the crowd.

Each of the tables, each with about four members, discussed questions around the topics of inequality, injustice or racism. The questions ranged from identifying ways in which individual churches or communities have participated in inequity to detailing how churches can push back against these issues underlying society.

Most of the pastors gathered Tuesday have been having similar discussions for years as part of Kingdom Partners’ mission to heal racial division in the church through intentional relationships among faith communities.

Kingdom Partners began holding meetings about two years ago, bringing pastors together over shared meals and similar goals, such as addressing food insecurity or gaps in education. Those interactions created bonds among faith leaders who might not otherwise meet, said Oliver Richmond, president of Kingdom Partners.

In June, Kingdom Partners hosted a truth and reconciliation gathering in Miller Park for hundreds of people to name and denounce the ways white Christians have pro ted from and continued racism in the United States. The group has voiced support for legislative changes to stop police brutality but has also been criticized by local activists for engaging with local law enforcement in conversations about racialized policing.

So, for leaders like Richmond and many of the pastors who are part of the Kingdom Partners network, talking about racism in the church was not unknown territory when leaders from the state announced the event.

“My hope is that it can create some positive news that people can work together and Chattanooga can be an example of people working across different cultures,” Richmond said.

Dave Worland, executive director of the Governor’s Office of Faith Based and Community Initiatives, said the state team already hosted a similar event in Brentwood and hopes to target other metro areas throughout Tennessee.

Worland applauded the faith leaders gathered Tuesday for being vulnerable and engaging in what can be difficult conversations. Some of the feedback offered will help shape local actions and some of it will go to the capitol to be shared in a series of recommendations for houses of worship.

“Every community has to explore what they’re doing and who they are, but I think there are common issues that are coming up across the state,” Worland said.