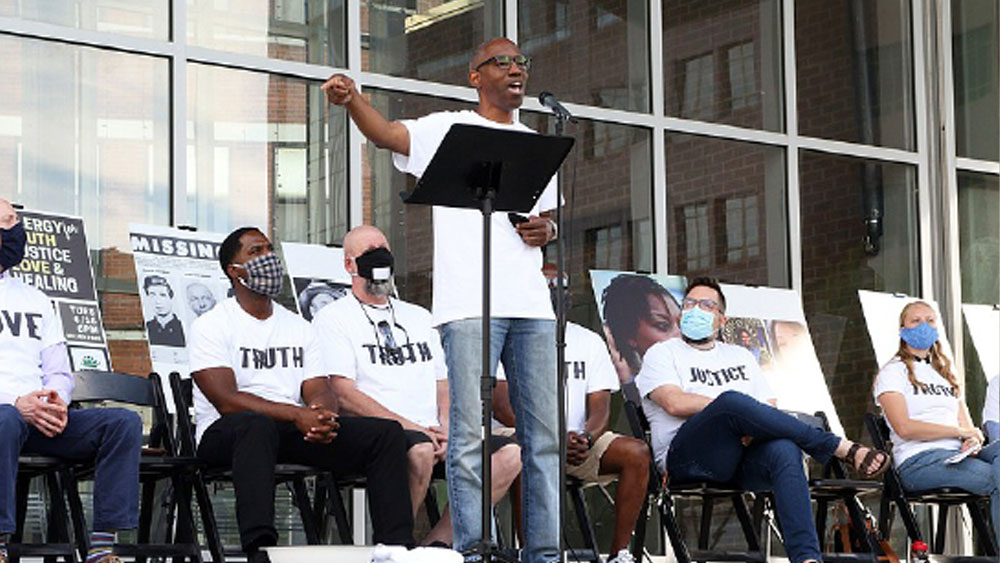 Faith leaders in Chattanooga have released a framework for addressing racism in the church, part of an ongoing effort in the city to bridge the racial divide among houses of worship.

The L.E.A.D. pledge – standing for listen, embrace, advocate and dream – offers a framework for Christians who are not racist but may not be familiar with anti-racism work, said Nicole Parker, an adjunct professor at Southern Adventist University and author of the “Tales of the Exodus” series for children.

Parker wrote the pledge alongside her four teenage children and their friends based on her family’s experience of church attempts to embrace multicultural approaches to faith.

Troy Brand, senior pastor of Orchard Park Seventh-day Adventist Church, took the pledge and started gathering support among local clergy. As of Wednesday, at least 150 clergy and at least 300 church members from Chattanooga and beyond have signed.

“We didn’t want it to be a ‘feel good about myself for a moment’ pledge,” Brand said. “We wanted to challenge people. We want to end racism in the Christian church in America with this pledge. We know we are starting small here in Chattanooga.”

The pledge calls on people to re􀀁ect on ways in which they may be involved in racist systems and offer hospitality toward people from different cultural backgrounds. People taking the pledge can re􀀁ect on each step before moving to the next, Brand said.

“It’s good to listen and it’s good to embrace, but then we need to begin to advocate because there’s people in power and people who are not in power, and people need to speak up.”

Parker and Brand said the Christian framework offers a meaningful way of confronting racism. Jesus confronted the oppression of marginalized people and showed how all people were equal in the eyes of God, Parker said.

“Only a gospel-driven mission will make people willing to keep 􀀂ghting racism when they are tired or when they get attacked,” she said.

In June, a group of local pastors gathered in Miller Park for a service to call out the silence and complicity of white Christians in ongoing issues of racism in the church. The service, which Kingdom Partners hosted, came in response to weeks of unrest in Chattanooga and around the country after the killing of George Floyd by a Minnesota police officer.

This week, the county is again watching unrest in cities following the shooting of Jacob Blake, a 29-year-old Black man who was shot seven times in the back by a police of􀀂cer in Kenosha, Wisconsin, on Aug. 23.

Brand said the pledge is an extension of the gathering in June to continue conversations among local faith communities.

Like Christianity throughout the country, the faith in Chattanooga is affected by centuries of racism. Symbols of the Confederacy are still present in local houses of worship, along with and troubled histories of prominent faith leaders owning slaves.

During local protests against police brutality, tensions arose between clergy and protesters after several leading demonstrators called out the faith leaders for not doing more to address white supremacy in their congregations and in the city.

Brand said the group is planning to release a 40-day devotional series on anti-racism work in the church sometime in September or October.